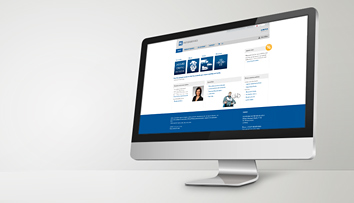 In the most recent engine generations of renowned car manufacturers, valve seat inserts made of sintered material (powder metallurgical procedure) are used. The increasingly high, thermal strain of the seat insert in the combustion chamber can hardly be met anymore by materials from conventional casting processes. For this reason, Motorservice offers sintered valve seat inserts amongst others from two different material combinations, which covers the entire application range of future engines.

(high machinability)
This material combination is characterised by its excellent machinability. The sintered HM valve seat insert has a composition of tungsten carbide precisely adapted to the strain, embedded in alloy steel. This way, so far impossible combinations of material properties like high hardness and very good machinability can be combined. Furthermore, the HM series has good wear resistance and good heat resistance. The HM series was developed for naturally aspirated and turbocharged engines from the bottom to top performance segment.

(high temperature resistance)
This material combination is characterised by its high wear resistance, which also withstands extremely high temperatures. The sintered HT valve seat insert corresponds to ceramic tool steel made of tungsten carbide, with respectively adapted, high temperature resistant additives embedded into its matrix. Due to the large amounts of permanently embedded lubricants, these rings are especially suitable for high performance, highly charged, highly strained Otto and diesel engines. Despite the high strain on these engines, "micro-welding" of the valve seat insert and the valve is prevented. The field of application of the HT valve seat insert includes especially highly strained engines.This material was developed fro dry fuels like CNG, LPG and Flex Fuel.

(high temperature and high wear resistance - very high temperature and wear resistance)
This material combination is characterized by a very high wear resistance even at extremely high temperatures. The material composition of the HT+ valve seat inserts shows an average strain of the cutting material and simplified machining properties despite increased wear resistance. The combination of ceramic tool steel made of tungsten carbide and the large amounts of permanently embedded lubricants is especially suited for dry combustion occurring in gas utilizations such as LPG, CNG, propane gas and Flex Fuel. Another application for high performance Otto and diesel engines, for example, is also possible. In addition, the HT+ valve seat insert shows excellent thermal conductivity properties. Despite the high strain on these engines, "micro-welding" of the valve seat insert and the valve is prevented.

(highly wear resistant)
The G2 series consists of a highly wear resistant grey cast iron alloy with a high proportion of the additives molybdenum and vanadium. This material combination is characterised by its high wear resistance, which also withstands very high temperatures. It is a high-alloy material with a distinctive, closed network of composite or special carbides respectively in a martensitic matrix and evenly distributed proportions of solid lubricant.

Extreme operating conditions as well as high strains of the respective engine must be taken into consideration and are the responsibility of the engine repairer.

The selection of the specification of engine parts must be carefully checked by the engine repairer.

Motorservice Group uses cookies saved to your device in order to optimize and continuously improve its websites, as well as for statistical purposes. Further information on our use of cookies can be found here, together with our publication details and data protection notice.

By clicking on “OK” you confirm that you have taken note of the information on cookies, the data protection declaration and the publication details. You can also change your cookie settings for this website at any time.

We place great importance on transparent information relating to all aspects of data protection. Our website contains detailed information on the settings you can select and what effect these settings have. You can change your selected settings at any time. Regardless of the selection you choose, we will not draw any conclusions regarding you as a person (except where you have explicitly entered your details). For information on deleting the cookies, please see the help function in your browser. You can find out more in the data protection declaration.

Change your privacy settings by clicking on the corresponding buttons

These cookies make the website easier to use and save settings, for example, so that you do not have to repeat them every time you visit the site.

Statistics cookies enable us to evaluate the usage behaviour on the website anonymously – without enabling any conclusions to be drawn about you as a person. This enables us to measure the performance of the website and to improve it continuously to offer a better user experience.


Of course, we will always respect the do-not-track (DNT) setting in your browser. In this case, no tracking cookies are set and no tracking functions are loaded.